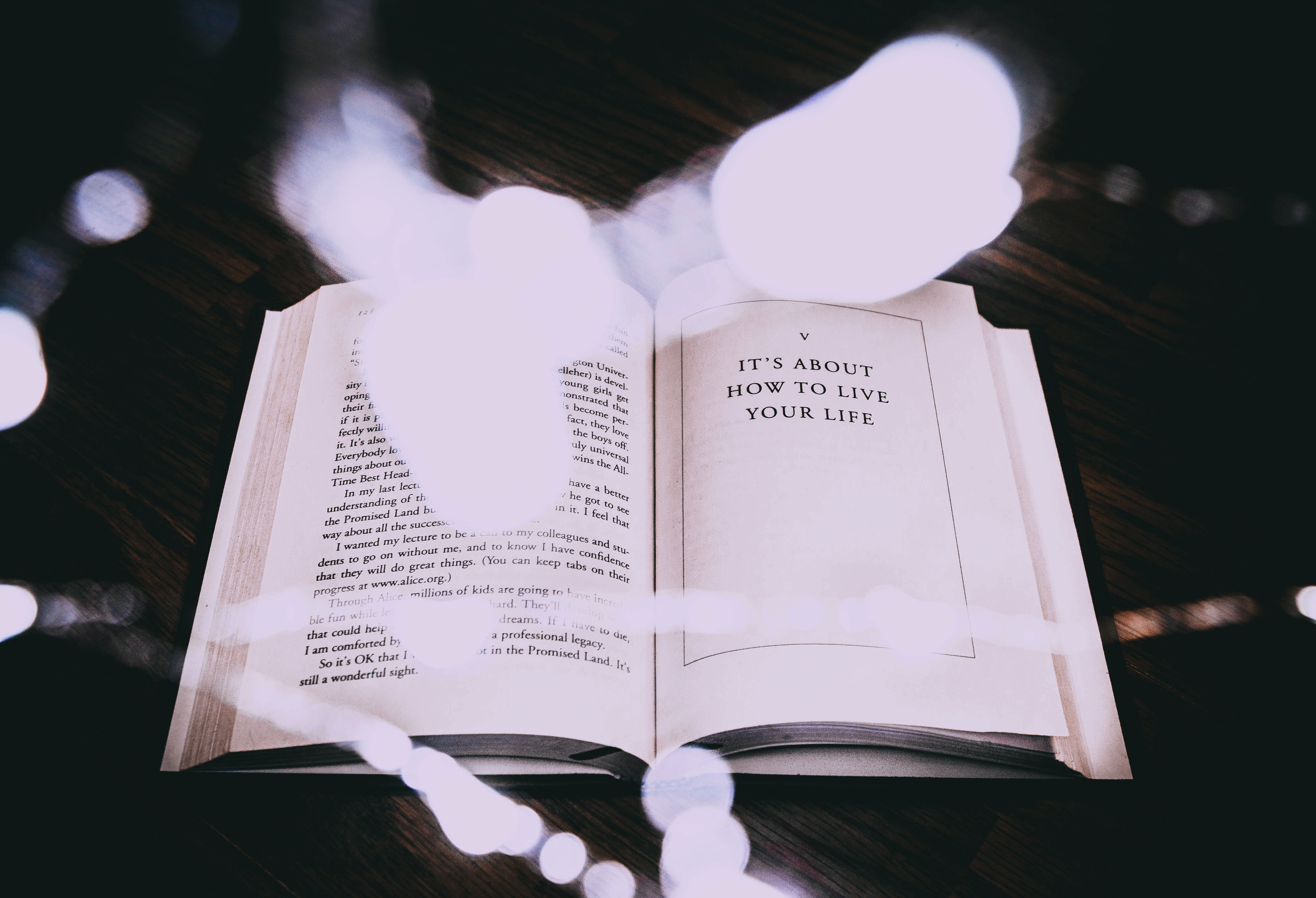 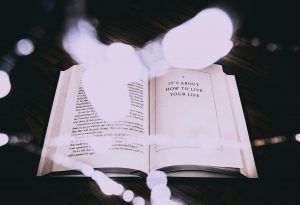 On the 16th of December 2018, on a Qantas flight bound to London from Sydney, Anne and I sat alongside each other and smiled. After working alongside each other for nearly a year, *Anne was finally able to make this trip. This journey spanning 17,000km across the globe was not only a plane journey, it represented much more than that. It was a journey of independence, rehabilitation and new beginnings. The spacious cabins of the A380 plane and the feeling of excitement in the air seemed a far cry from the lonely days *Anne had spent confined to a hospital bed, alone and scared of the unknown. This fear unfortunately had followed her home upon discharge. *Anne recently discussed with me her experiences moving from the hospital to her home and the care agencies and systems that had failed her.

After 14 months in hospital, it was time to go home. Due to *Anne’s injury, she had to move to a new place to be closer to work. Although this was a new environment for her, it still felt more familiar than the sterile environment of the hospital. She felt like in there, she was just another number; a statistic. She was provided with very little physiotherapy to start with and was confined to bedrest. A further lack of information and support about her injury led to PTSD in January 2016. Upon discharge, she largely relied on a hoist, unable to complete transfers due to a lack of training and education given to her. How would she manage at home? Her social worker recommended looking at Care Agencies. What struck *Anne the most was the lack of agencies out there to choose from. Two agencies later, and a lack of structured support workers, *Anne was struggling hugely with the massive changes that happened to her body after a SCI and the lack of options out there to help her.

She described it as being ‘like a baby again.’ She felt the agencies were disorganized, desensitized, lacking consistency and structure, and overall not equipped to deal with her injury. She was not guaranteed the same support worker each day which led to problems, some not knowing how to use her lifeline at the time, the hoist. Her care was not personalized and was not allowing her to progress. Anne was left feeling unsafe and deflated. Things did not seem to be improving.

Thankfully with the introduction of the NDIS in 2016, things started to look up. *Anne also got in touch with Spinal Cord Australia which offered excellent peer support. On the 22nd of February 2018, the NDIS found myNurse.

I vividly remember my first day meeting *Anne. She very confidently welcomed me into her home, telling me of the events that had gotten her to this point. I completed my nursing assessment and started working with her in the days that followed. I was very impressed; I knew she was taking control of her own needs. As a nurse, when I am choosing to work with clients to rehabilitate them at home, it will only work when they are fully committed and determined. *Anne was very obviously looking for a partner in her care not a ruler, and that is exactly what I was there to offer.

The rehabilitation necessary at home was a straightforward process, but it required an element of commitment. Like any teamwork project, this was no different. I was able to offer *Anne education, confidence, and consistency. As a Registered Nurse for several years now, my practice principles are always centered on education and consistency. How can we expect someone to rehabilitate with an influx of different care workers for every service, a lack of consistency of care, and no time to educate?

The day I met *Anne, I realized she had potential. She was extremely confident and already knew a lot about her care but most importantly for me, she knew what didn’t work. On identifying what was not working, *Anne and I were able to identify a care plan. We set out the short-term goals for her which then led to *Anne achieving her long-term goals in just six months. A HUGE achievement! Some of these goals included removing the independence on the hoist and for her to be able to transfer independently. Also, self-care is hugely important for SCI clients and we spent a lot of time training to complete different daily tasks.

But how did we do this? It was a combination of  everyday repetitive practice and time spent trying different techniques. I encouraged Anne to focus on learning the skills in physiotherapy to help her gain strength. With strength comes courage. Combining these practices, alongside a tailored and personal care plan from myNurse, Anne was making huge progress in her rehabilitation. *Anne also hugely benefited from having the same nurse every day. She needed that consistency and trust.

Alongside my nursing services, *Anne was still using a care agency to provide a night-time service to help her get into bed. However, due to her confidence from our work together and the practice we had done with transfers during the day, she decided she was ready to cancel that night service for a night and try it alone. She explains: “The night I had planned to transfer on my own it was well planned out. I remember I transferred very slowly. I made it to the bed, I was safe. I was enjoying my celebratory small bottle of champagne in bed and I text the A-Team (*Anne’s support network) to say I landed safely, when a care worker arrived. She spoiled my celebratory moment. I asked her to leave as I had cancelled the service, and that I was already in bed, but she refused. That was a very scary time. I felt so vulnerable. Then when she did leave, she left the light on. Security from my building had to come up and turn the lights off in my apartment”. That morning, I remember speaking with *Anne and just thinking how frightened she must have felt when the caregiver refused to leave. It highlighted to me that people in *Anne’s position can be so vulnerable. I knew we had to work harder and faster so that *Anne would not feel that vulnerability ever again.  She expressed to me ‘If you weren’t around, I don’t know what I would do’. As a nurse that was uplifting, and we powered on.

I called to *Anne the next morning and I saw her chair aligned perfectly with the bed, knowing it must have been a good transfer it made me smile. She has such a determined soul. That was the last night she would ever have an evening carer and I felt so inspired. Knowing she could now join her colleagues after work for a drink, go out for dinner or just have some privacy and independence in her own home at night was fulfilling. To me it was such an achievement because I knew that was one of the main goals that she had set out to achieve and now it had been obtained. It was the 3rd of August 2018 when I discharged *Anne from daily services. We reduced the care to every second day, then once a week and now it’s only on demand or as required. 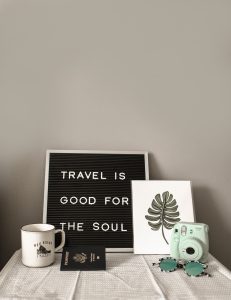 After all this progress *Anne approached me to travel with her to Europe and design a plan that would outline all the logistics of the journey. myNurse presented a plan that would help her overcome some adversities that can come with a big trip like that. We discussed what she may encounter in her travels, such as certain streets that would be unsuitable for her wheelchair, or restaurants with no wheelchair access. The goal was for me to spend a few days with her, fine-tuning the plan, and then leaving *Anne to tick of her bucket-list independently. After a few nights together enjoying the sights, I left *Anne to embark on the rest of her trip alone. I remember feeling so confident in her ability to do it. The admiration I felt of her new-found confidence and independence was overwhelming.

On the 26th of December 2018, after spending some time in France, *Anne got the Eurostar independently from Paris to London and made her way back to Australia. She is now looking forward to her next trip and has already started adding to her bucket-list. myNurse could not be prouder of her achievements.

*For the purpose of this blog, the clients name has been changed.